The Truth About Bats | Allied Pest and Wildlife

The Truth About Bats 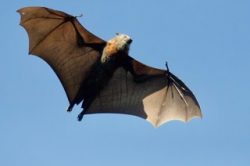 With the recent news of a person who was bitten by a rabid bat Marion County here in Oregon, there has been some understandable fear about bats. While 8 to 10 percent of bats tested for rabies in Oregon do test positive for the disease, though, it’s important to remember that this high number is due to the fact that the bats who are tested are the bats who are behaving strangely and are most likely ill. Healthy bats behaving normally are usually not the ones that are picked up for testing. Generally speaking, healthy bats are really only seen flying in their signature zigzag fashion around dusk, or nesting in the daytime.

If you come across a bat that is behaving strangely, such as flopping around on the ground or approaching people, particularly in the daytime, then it may be rabid, and taking the precaution of removing any children and pets from the area is a smart idea. It is best not to handle the bat, if at all avoidable. Sightings of any bats or other wildlife behaving strangely should be reported to the Oregon Department of Fish and Wildlife. If the bat must be handled, wearing heavy gloves and using a shovel is the best way to protect yourself.

If a person or animal has been bitten or scratched, an attempt to safely capture the bat for testing should be made, with an effort not to destroy the head and to store the bat in a cool place. Of course, seeking proper medical attention should always be the first priority, followed by contacting your local county department of health and human services and the Oregon Department of Fish and Wildlife at 866-968-2600.

To further dispel some of the myths and misconceptions surrounding bats, here are some facts about bats in Tualatin, OR to put your mind at ease:

Bats generally only give birth to one or maybe two pups a year, so we must do everything we can to protect them. Allied Pest and Wildlife specializes in the safe and humane removal of bats and other pests in Tualatin and the greater Portland area. For more fascinating facts about bats in Tualatin, OR, or to arrange for pest removal, reach out to us today! 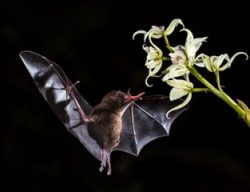